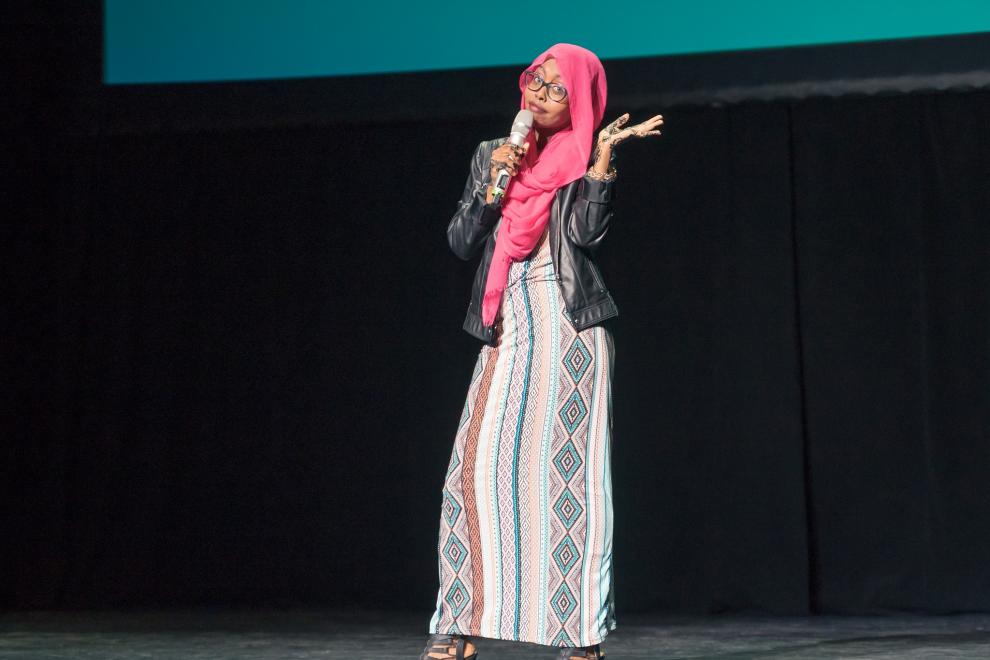 Hoodo Hersi is a Toronto-based comedian currently writing on A24/Amazon’s Untitled Ramy Youssef Animated show. Since being selected as a New Face: Canada at the Just For Laughs Festival in Montreal, and being selected as one of CBC’s 15 Comics to Watch, Hoodo has performed in clubs and festivals all over Canada and the United States, including the Winnipeg Comedy Festival and the BBC World Service Montreal Comedy Show where both of her performances aired on the CBC, She was also selected as an Audible New Voice at SF Sketchfest, and performed with Hasan Minhaj, Lil Rel Howery, Chris Redd, Gina Yashere, Roy Wood Jr., Nicole Byer, and Maria Bamford, among others. She also had the distinct honors of hosting the TEDxToronto Conference and featuring in Sephora’s national “Get Lippie” lipstick campaign in partnership with Fashion Magazine, where she was profiled as one of the three Female Comedians Taking Canada by Storm Right Now.