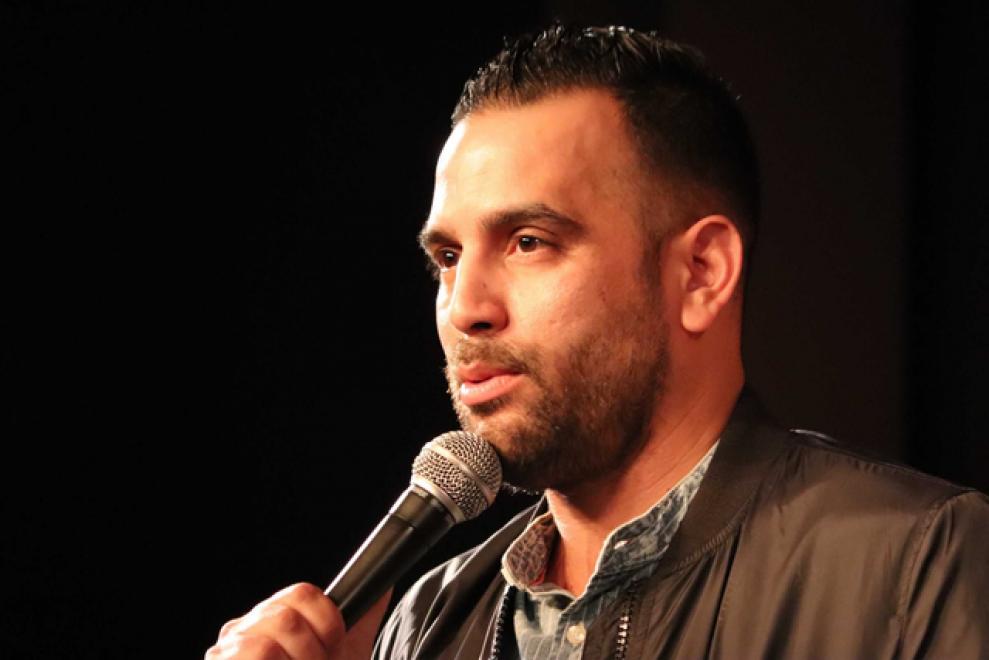 Kinda funny, kinda charming and kinda handsome" are the words Kenny Garcia's friends and family would use to describe him. But they all like using the word kinda! Kenny has been performing on stage now for almost 8 years but has been making those close to him laugh since he was a little kid. Growing up in the Lower East Side of Manhattan when it was still considered a tough place to live, Kenny used humor to navigate his way through childhood. With his first prank call to his mom's office at 8 years old pretending to be her important boyfriend she didn't have, to teaching his daughter the importance of laughter, Kenny has been making those close to him laugh for years. A natural storyteller, he will take you on a fun ride with stories of raising a little girl and some of life's unimportant things we still find very important with a bit of exaggerated truth to it! In October 2015, Kenny won a contest at Gotham Comedy Club in NYC against hundreds of comedians that enabled him to appear on the 2016 season of Gotham Comedy Live on AXS TV. Kenny has also had several appearances on Laughs on Fox and has been featured on Hulu’s Coming to the Stage A mainstay in the NYC comedy scene since he started his career 7 years ago, Kenny has been asked to perform at clubs and theaters across the country, Canada and London opening for the likes of Drew Lynch, Whitney Cummings, Dan Levy, George Wallace, Jon Rudnitsky, April Macie, Godfrey, Chris Porter, Joey Vega, Ralph Harris, and Angelo Lozada among others.